After a jam-packed summer, it’s nice to have some down time in September.

In mid-August, my family and Alexej’s family went to Georgia for Alexej’s mother’s birthday. We had a great time exploring Tbilisi’s restaurants, and visited a winery, a mountain monastery, and ancient cities built into the sandstone cliffs. We ate khachapuri (Georgian cheesy bread) nearly every meal and drank a lot of wine and bright green tarragon lemonade. I’m hoping to write another post about our trip soon.

It’s also nice to settle back into work and routine, and find some time for all the projects I’ve wanted to work on this summer. The new academic year doesn’t start properly until October, so I still have September to get caught up with working on my children’s book, Tempi.

I’ve been wanting to create a linocut print for each month of year. My faux bois print is one of the first linocut designs I made, and it’s a good fit for September. I wrote about the process of creating the design in a post from March 2015. When I was preparing for the Illustrator’s Christmas Fair last winter, I re-printed the design with more luminous copper ink.

The first run of prints was created with acrylic paint mixed with block print medium, which I found tends to dull the colours of the paint. Even black paint comes out slightly more dull. I wasn’t completely happy with the copper colour of the prints. I did a lot of research last November and discovered Schminke Aqua Linoprint inks, which come in metallic colours. They were highly recommended by experienced block printers, and I dislike working with oil-based paints (messy clean up and long drying times), so I went ahead and tried the Schminke metallic inks. I was really happy with the quality and colour.

I also tested different techniques for getting more ink transferred onto the paper. From my research, I found that without a printing press, it’s hard to get a perfect print, but I find that part of the charm of my prints are the little imperfections. I found a blog about a printer who made his own DIY printing press, but even then, he said it worked about as well as pressing the paper with the back of a wooden spoon. So, being the lazy cheapo I am, I got myself a wooden spoon.

I'm a big fan of Japanese woodblock printing, so I also got myself a Japanese-style bamboo baren. It’s a bit of work to press the spoon and baren evenly across the whole paper, but it’s worth it for the quality of the resulting print. Thanks to the quality ink, the copper really shines off the burgundy paper.

I find that the darker the time of year, the more I’m obsessed with metallics. I can’t wait to try printing more linocut designs with the metallic inks. I hope to have a new autumn line of prints available soon in copper, silver, and gold.

On the playlist - Hot 8 Brass Band and Janelle Monae

August’s inspiration featured early 20th century dancing and music, and my playlist for September will include lots of jazz, soul, and R&B. Hot 8 Brass Band are a New Orleans group who do amazing live shows. Alexej and I went to see them at the Roundhouse in London in April last year. I find it’s a lot easier to do illustration work if I’m listening to something, whether that be music, a podcast, or an audiobook. Hot 8 Brass Band is great motivational music.

One of the best albums of 2018 so far was Janelle Monae’s Dirty Computer, which really seemed to tap into the year’s zeitgeist. Songs on the album like ‘Pynk’ and ‘Screwed’ could only have been written during the Trump presidency. They really seemed to strike a chord with so many marginalised and frustrated people. The whole album is such a great mix of biting lyrics, catchy hooks, and bold style. Alexej and I played it non-stop from it’s release in April, and now that we'll be seeing her perform in London in a few weeks, it’s time to revisit the album. Alexej and I saw Monae in a packed tent at Roskilde Festival in 2012, and more recently at Brixton Academy. She's an amazing performer, and definitely Prince's stylistic heir. I wouldn't be surprised if Dirty Computer becomes one of the defining albums of the 2010's.

Last year, I wrote a post about going to Open House London events for the first time (I know, ten years in London and I hadn’t been once!). This year, I’m looking forward to seeing a lot over the weekend of 22 - 23 September. Even when planning in advance, I missed out on registering for some of the more popular buildings, because we were still in Georgia when registration opened on 21 August. Just a few days later, places like the St Pancras Chambers and Clock Tower, designed by George Gilbert Scott, were fully booked for the whole weekend. Alexej and I had drinks with our friends in the Gilbert Scott Bar after our registry office wedding at Camden Town Hall across the road, so that building will always have a sentimental connection for us.

One of my favourite visits last year was seeing the Walter Segal self-build homes on Segal Close in Honour Oak Park, South London. I saw that some houses on Walters Way are participating again this year, and I’ll definitely be visiting. Last year we attended a talk about the book Walters Way and Segal Close: The Architect Walter Segal and London’s Self-Build Community. Author and Walters Way resident Alice Grahame and photographer and Segal Close resident Taran Wilkhu were both there at Wilkhu’s home. I find it so inspiring to read about Lewisham residents building their own homes in the 80’s. I have a bit of a dream that some day I’ll be able to design and/or build my own home, but doing this in London is especially difficult. It’s a shame that it isn’t easier to initiate projects like this in the UK now, but there is lots of interesting work being done by RUSS (Rural Urban Synthesis Society), who have started a self-build housing development in Ladywell.

I’ll be increasingly providing subject librarian support for the interior and spatial design courses at Chelsea College, as well as the textile design courses, so it’s interesting to learn more about architecture and sustainable design. It’s great how being a subject librarian has helped me tap into different aspects of my creativity. A few years ago I would have never connected my career in librarianship with my interests in making my own clothes or designing floorplans, but now I feel like everything feeds into everything else.

I often think of my creativity and mental health in terms of plant metaphors. It helps to think of life in terms of cycles rather than the linear upward trajectory that most of us hope our lives will follow. I tend to beat myself up when I have set backs rather than recognise that it’s a natural part of life. I find it helpful to recognise that I probably won’t be as productive over the winter as I am in summer, and that’s okay.

Some of my favourite books are Margaret Atwood’s MaddAddam trilogy. In it, the God’s Gardeners are an extreme environmental group who eschew all technology and live in derelict buildings in the cities, tending rooftop gardens and beehives. One character who is depressed is described by her fellow God’s Gardeners as being in a ‘fallow state’. This may seem like a bizarre description, but it’s actually been a useful way of thinking about depression for me.

I live on the fifth floor of a council estate, so the only gardening I can do is on our balcony. Luckily, this has allowed me to start small and really forced me to research plants and what will do well in those conditions. I found some invaluable advice on the Vertical Veg website, run by Newcastle-based container gardener Mark Ridsdill Smith. He has an interesting monthly newsletter and great how-to videos and articles on his site.

I was pleasantly surprised to find that the periwinkle plant in the wall basket next to our door recovered from a really harsh winter and is doing amazingly well. A jasmine plant I bought earlier this summer has seemed to really like climbing it’s way up the pigeon-proof netting on our balcony and I hope for some fragrant flowers next year. We also had a good crop of salad leaves from just one long hanging planter on our balcony. I did have to protect it from our frequent squirrel visitor, who comes to retrieve her nuts and periodically digs up our pots. Just some sticks, netting and string was enough to protect the planter from invading squirrels. 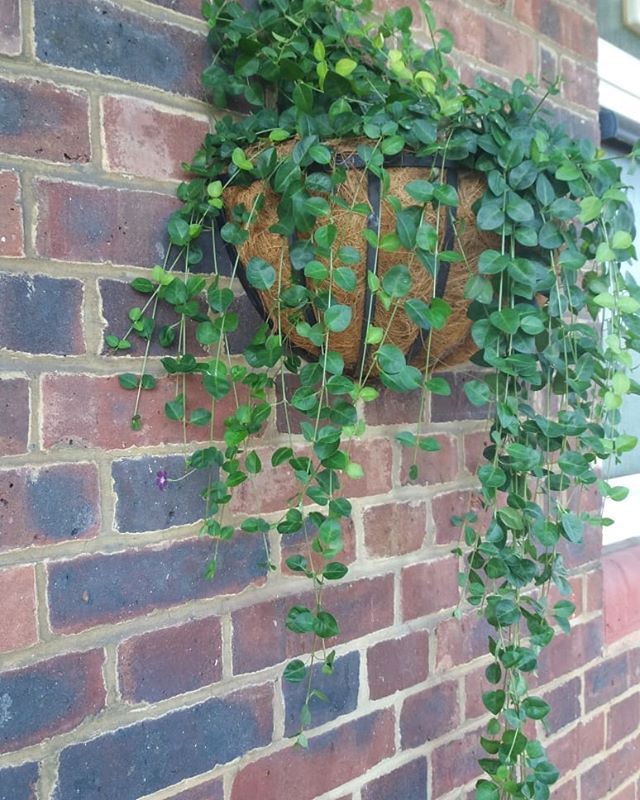 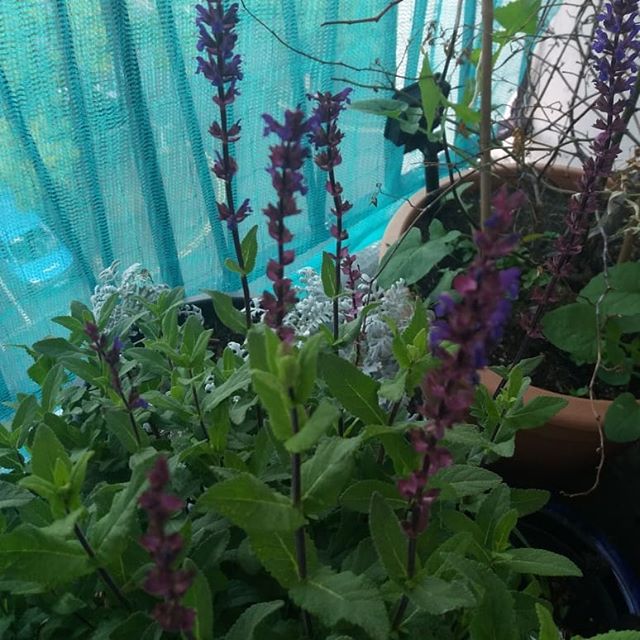 We have a veritable jungle of indoor plants, including an increasingly large philodendron that’s taking over our dining space. Despite some pests on our palm trees, all the indoor plants are doing well. I even managed to save my peace lily that suffered from extreme overwatering earlier this year. There are now two little shoots coming back after I repotted them and only watered very sparingly.

My mom and sister were visiting London in early August, before we all flew to Georgia, and we made a day trip to Kew Gardens. I hadn’t been to Kew for several years, and it was great to go back. The Palm House and Waterlily House were my favourites, although the newly refurbished Temperate House is also open. 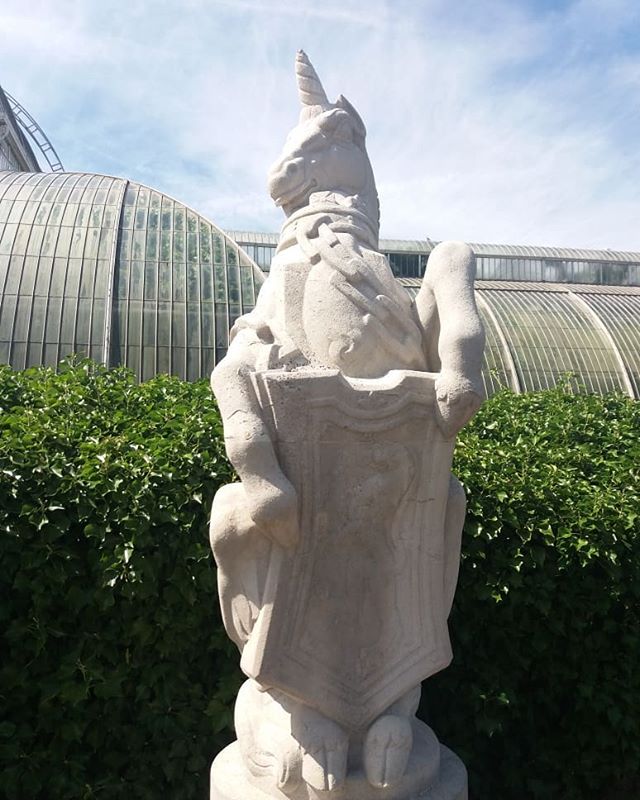 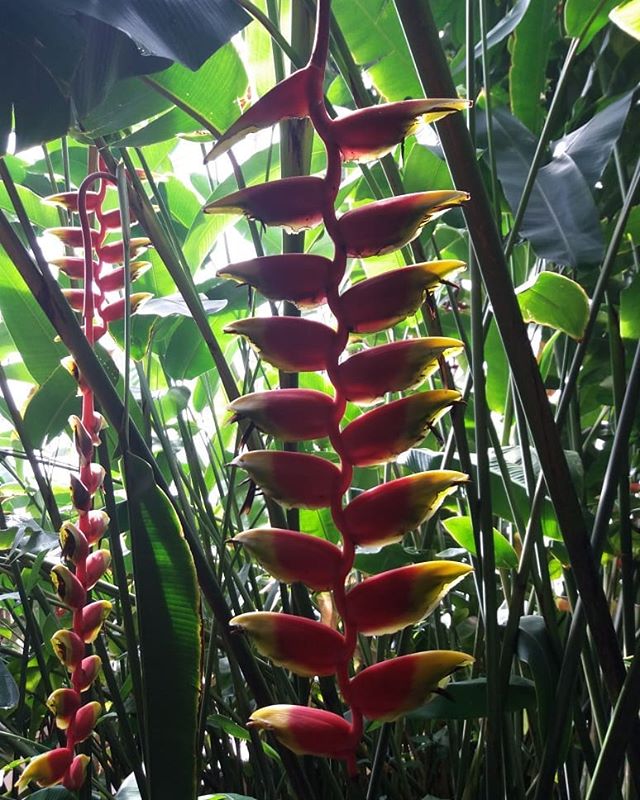 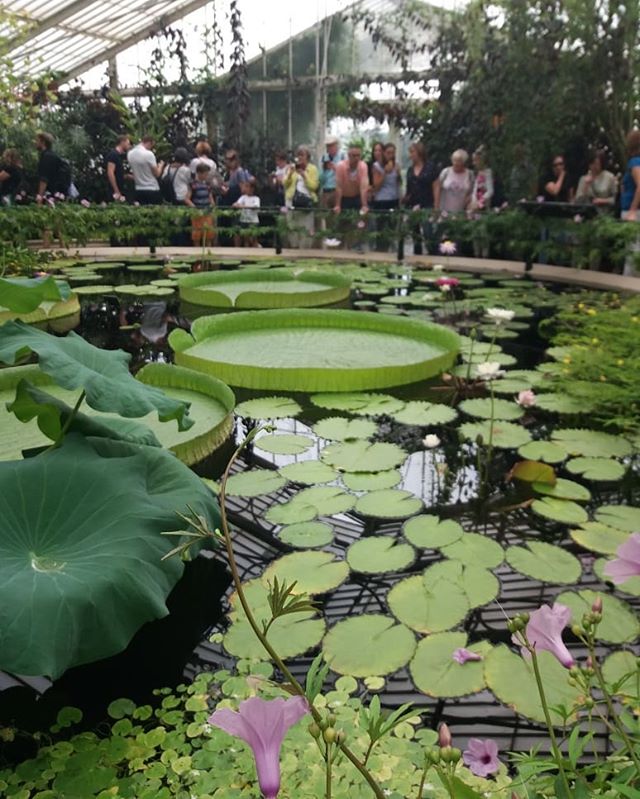 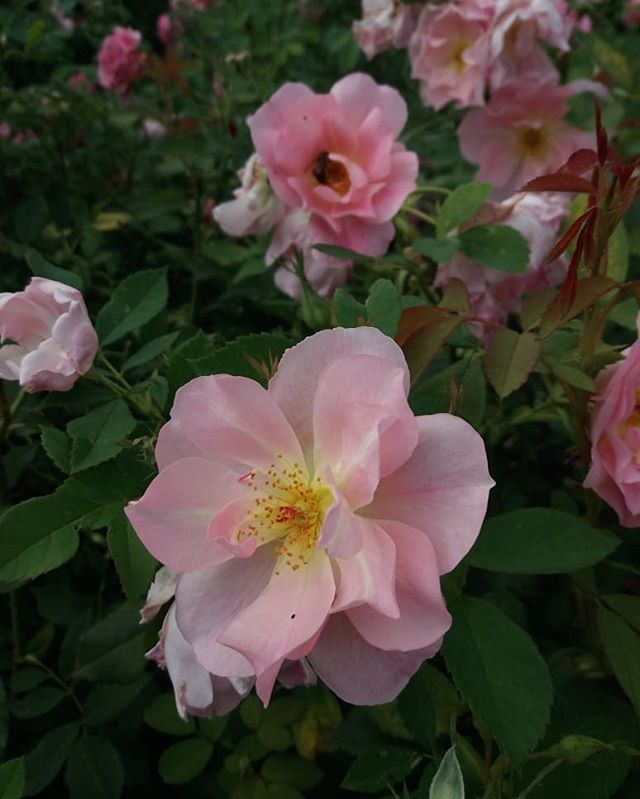 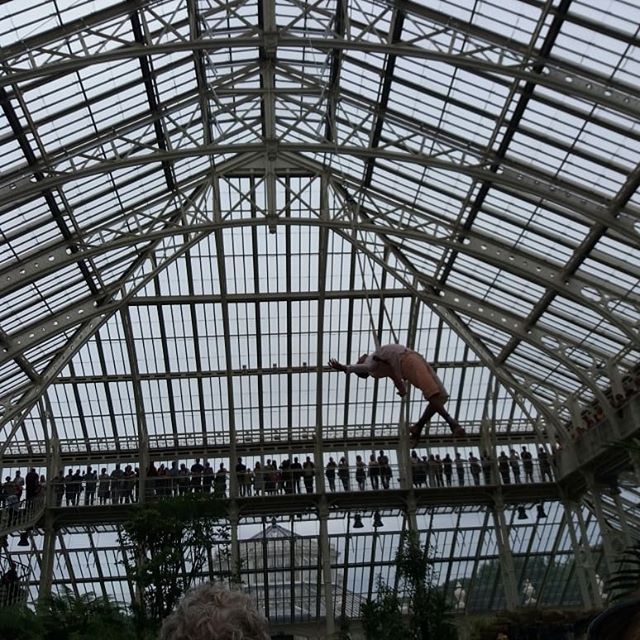 The Marianne North Gallery was another highlight. When I first visited, I didn’t know anything about North, but I was impressed by the hundreds of botanical paintings crowded into the gallery. Marianne North was an amazing woman, she defied the norms of Victorian Britain and travelled the world painting plants in their natural habitats. After our visit to Kew, we watched a BBC documentary called ‘The Remarkable Miss North’, which explores her life and paintings in detail.

I’m planning on creating some botanical patterns, inspired by my balcony gardening and our visit to Kew. Watch this space!